The dwindling days of summer conjured up the perfect riding weather so what looked to be a local ride turned into 80 miles north to the Prohibition Distillery in Roscoe, NY. Unlike previous distilleries that sit on their own farms, this one was nestled in an historic town within a 1929 firehouse complete with an outdoor bar and a 1920’s styled store inside. We were quickly greeted by two young gentlemen who knew enough about distilling to make one feel they were attending a chemistry class. We were fascinated by the complexities of the distilling process.

Samples of their spirits were free with only the suggestion of stuffing a jar with what amount so moved you to benefit our Navy Seals. The award winning Vodka was first with a stunning surprise in how clean it was along with such a gentle finish. Probably the most pleasant Vodka we had ever tasted. Next was their Gin which also carried the same properties as their Vodka that allowed the botanical flavors to really dominate. We finished with their impressive Bourbon, grabbed a bottle of Gin, and headed outside to the bike where we were approached by Rob, one of the owners of this great place.

Rob was knowledgeable, humble, and possessed a beard that makes my goatee look like stubble. He spent at least 20 minutes with us as we heard the story of how this place got started, learned a little more about distilling, and just how plain happy they all were to be doing the work they love. I wanted to just go sit in the shade and talk a lot more but it was time for Rob to get back to business and for us to be heading home.

One place of note on the way up and back was riding over Roebling’s Delaware Aqueduct which is now a single lane bridge that connects PA with NY. It began in 1847 as one of four suspension aqueducts and was designed by John A. Roebling who later became the engineer of the Brooklyn Bridge. Denise made a video of us crossing that you’ll find below. 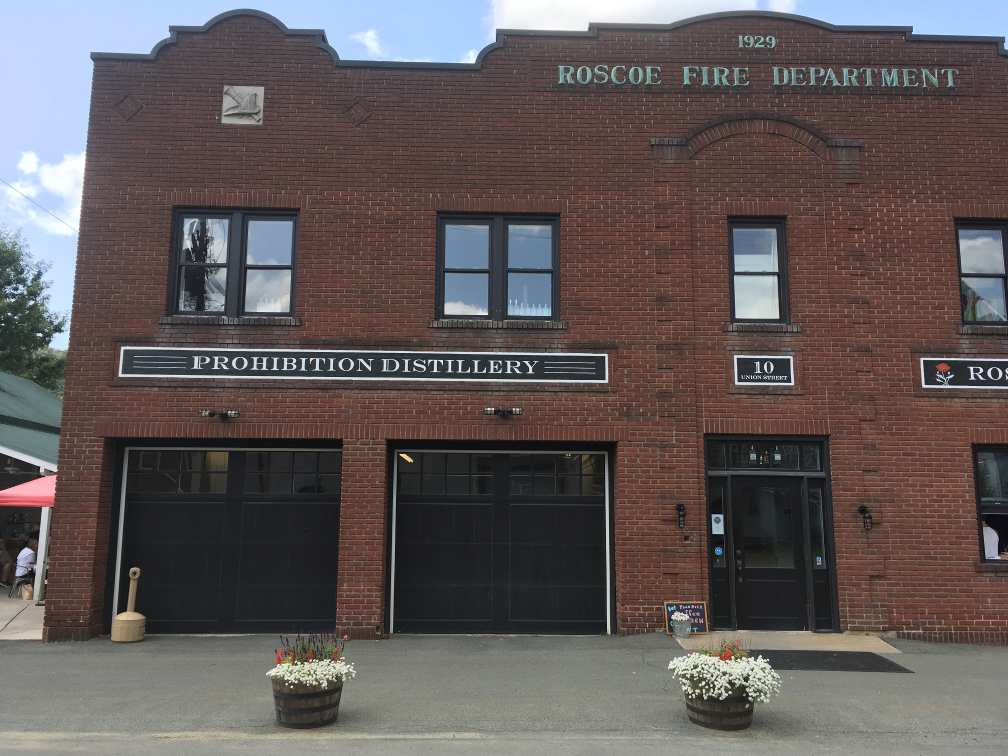