This past Saturday propped up another gorgeous piece of weather to ride in and so Denise and I set out to another gem in the black soil of Orange County, New York. This was the region’s namesake, the Orange County Distillery, where founders John Glebocki and Bryan Ensall offer two locations to visit.

Our first stop was the actual distillery which overlooked the farmland that yields the ingredients for production. Despite its identifying sign out front, it’s the type of building that makes one double check your GPS upon pulling up to see if you actually found the place or perhaps had stumbled upon one of their storage sheds. It’s a tiny building and yet it’s the place where high quality spirits are born. It’s a reminder (barring the farmland) of how little space it takes to produce these spirits. As promised by their web site, we conversed with family while taste testing and I did see Bryan himself walk in and out, but he seemed far too harried at the moment to speak with.

Between their Whiskey, Gin, and Vodka there are twelve different products to choose from with us landing on a rye and a vodka. Their rye comes aged and unaged and I chose the aged which is a 100% rye whiskey. The vodka was unique to us as it is made with sugar beats. We chose that one over the one made with wheat.

After loading the bike with our bottled treasures, we went the two miles over to their other location at Brown Barn Farms. It’s a place that makes you feel like a square dance is about to break out as you pull up as it’s literally is an old renovated barn with a tasting and cocktail room inside with live music on most Friday and Saturday nights. A very cozy and inviting place, but being we were on the bike, had to pass on a seat at the bar and just look.

As with the other distilleries in this region, the spirits are of top quality. They were the most expensive thus far however. True to their web site, this is a small operation, but small is good when crafting spirits of this caliber.

Our return ride was serene thanks to the weather and mostly empty roadways to lead the way. 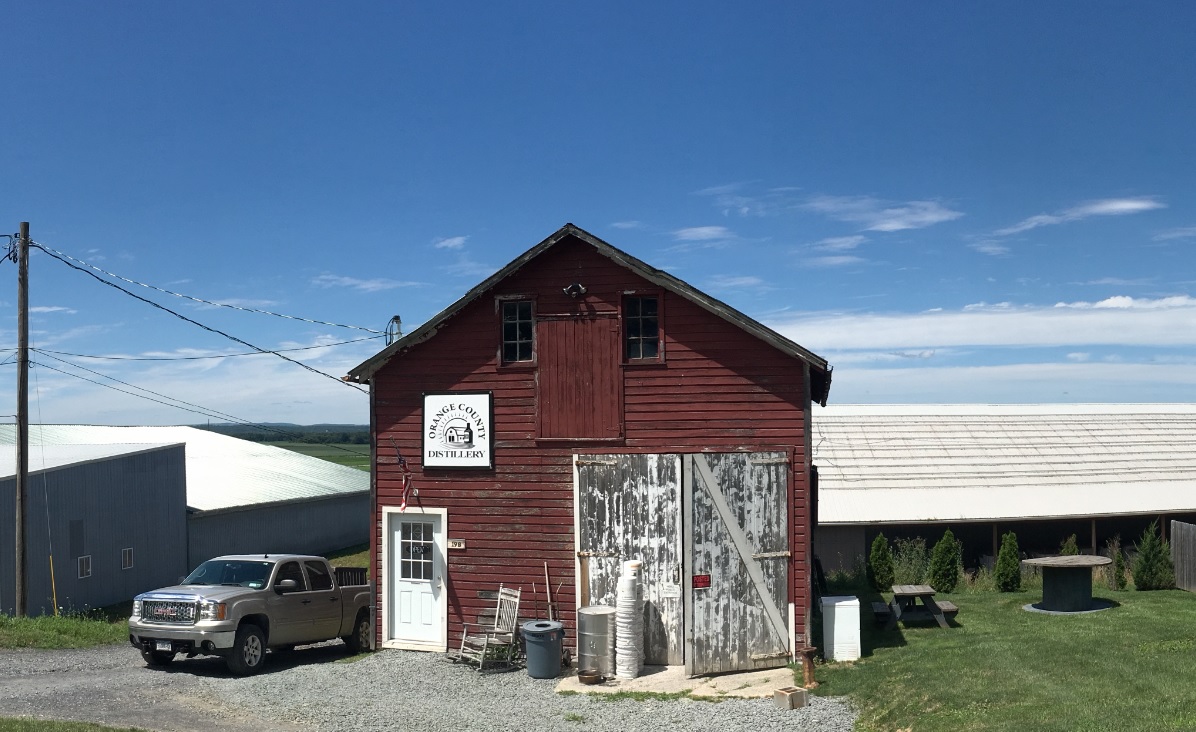